M.U.S.C.L.E. #156 is known as 'Wolfman' in the world of Kinnikuman manga and anime. His character, sculpt AND name were directly based on, and inspired by real life Sumo Wrestler Chiyonofuji Mitsugu. 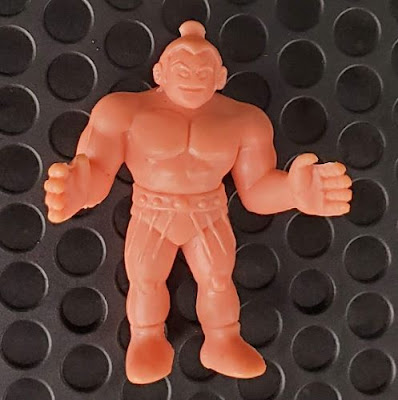 When I was a boy, I'd often see blurbs and spots on different sports programs my brother would watch on TV. It was usually on slow news nights for sports, but they would have pieces showcasing this sumo wrestler in Japan, that appeared as if he was a third of the size of his opponents. The video footage shared was amazing, and I remember myself and my brother's jaws about hitting the floor upon watching Mitsugu tossing sumo's twice his size all over the place like rag dolls.

I've watched many of Mitsugu's matches on youTube and he truly was a phenomenon. He repeatedly dislocated his shoulder from throwing his opponents, and rather that getting it operated on (he didn't want to take the time off and risk losing his number one ranking) he instead focused on building MUSCLE to protect the weakness in his joints! Now THAT is a Man!
Mitsugu in my humble opinion was very likely the greatest Sumo of all time. He for sure is my all time favorite. I say this not only because of his incredible record of holding the Yokozuna rank for 10 years, but for his skills as well.While considered small by Sumo standards, he toppled much larger opponents time and time again with his superior strength and incredible technique. Mitsugu sadly passed away in 2016 at the age of 61 from pancreatic cancer. However, his amazing feats of strength and skills will continue to astonish people for decades to come.
- December 17, 2021 No comments: 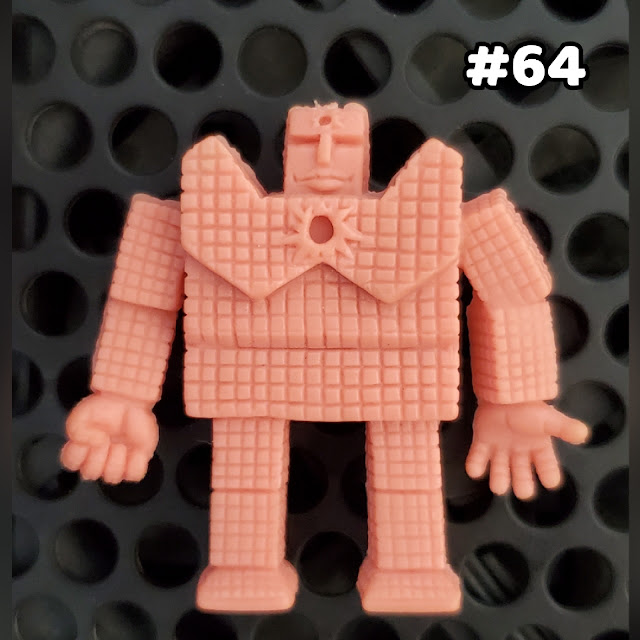 Another sculpt based on the same character whose name is 'Sunshine' in the Kinnikuman Comics and Anime. 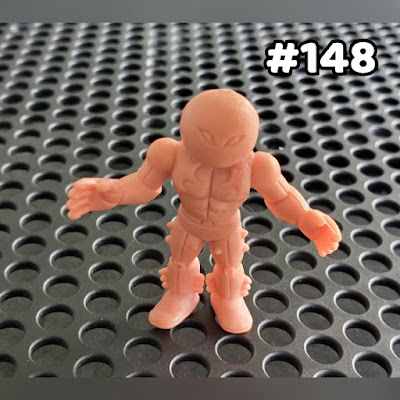 Never knew much about this guy and always assumed he had some type of hard ball or cannonball for a head. His name in the Kinnikuman comics is 'Furashya Balloon', which I can already foresee blows both of those assumptions out of the water.
- September 17, 2021 No comments: 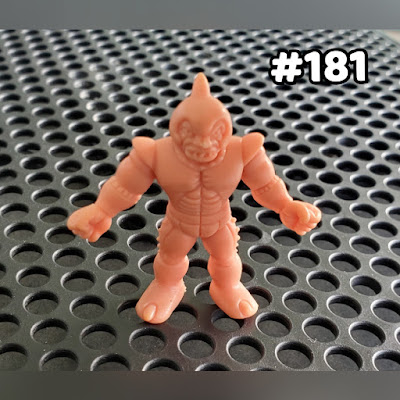 I only found out in recent years that this guy's name in the world of Kinnikuman is 'Black Bear'. Although we never knew this guys story, we always assumed he was a dangerous wrestler. As kids we imagined that his finishing move was flying across the ring or off of the turnbuckle, impaling his opponent with that spike atop his head.
- September 13, 2021 No comments: 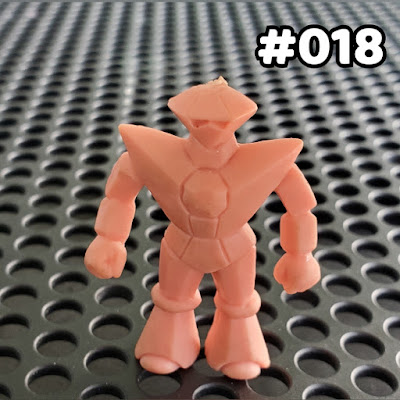 We called this guy 'Diamond Dave' back in the 80s. His name in the world of Kinnikuman is 'Diayaman', which roughly translates to diamond.. so I guess we weren't too far off the mark!
- September 08, 2021 No comments: 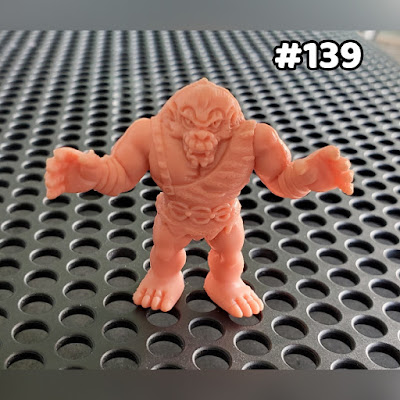 One of the most beastly looking figures in the line, M.U.S.C.L.E. #139 is known as Moko Seijin or.. Tigeran in the world of Kinnikuman. It's a truly incredible sculpt. and has always been one of my favs from the line.
- September 04, 2021 No comments: 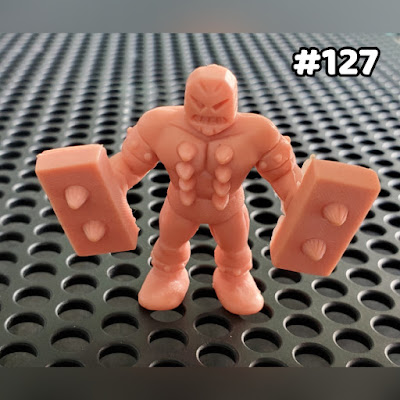 Back in the day, I heard collectors call this guy everything from 'The Brick Layer' to 'Nipple Nuts'. His name in the Kinnikuman comics is 'Junkman'. He's a very powerful Devil Chojin who was strong enough to defeat Robin Mask, who is one of the most prominent characters in the manga and anime.
- August 30, 2021 No comments: 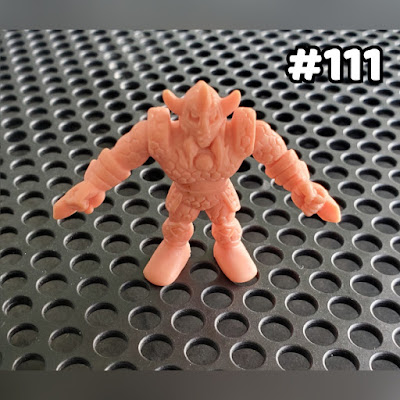 We called to this guy 'The Shogun' as kids, because he reminded us of characters from the toyline 'Shogun Warriors'. I guess we weren't too far off of the mark with naming, as his name in the Kinnikuman universe is 'Akuma Shogun'
- August 24, 2021 No comments: 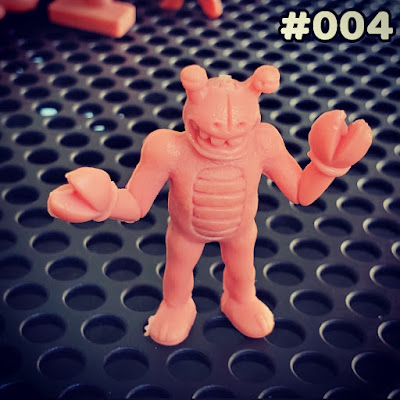 Known as 'Kani Base' or 'Kani Besu' in the Kinnikuman comics, back in the 80s my friends and I usually just referred to him as 'The Bug' or 'Alien Guy'. He's actually a Crab Chojin who in one story arc.. kept losing 'Rock, paper, scissors' matches due to having claws rather than fingers.
- August 20, 2021 No comments: 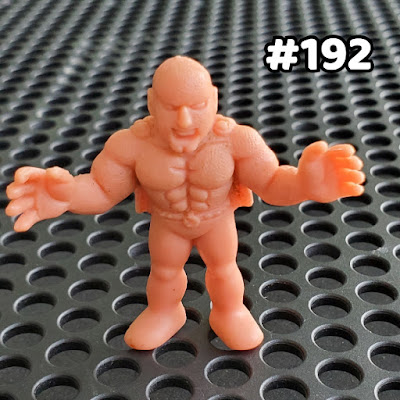 This guy kind of reminds me of Saitama (One Punch Man).
With a much smaller cape of course. 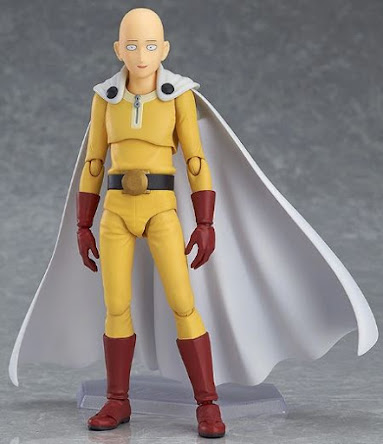