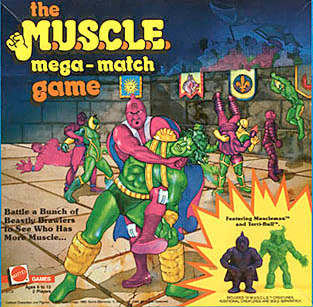 The M.U.S.C.L.E. Mega-Match Game sold for about $7.00 new.  The game had a playing board that was built into the bottom of the box, a spinner, a sheet of stickers that you could use to separate teams or to award medals, and 10 M.U.S.C.L.E. Figures.

Every board game included the exact same M.U.S.C.L.E figures inside. Five were neon green in color, and the other five were grape colored. While the neon green figures could be found in various toy packaging, the grape color was exclusive only to the board game. The sculpts themselves are not exclusive to the game, and were fairly common. 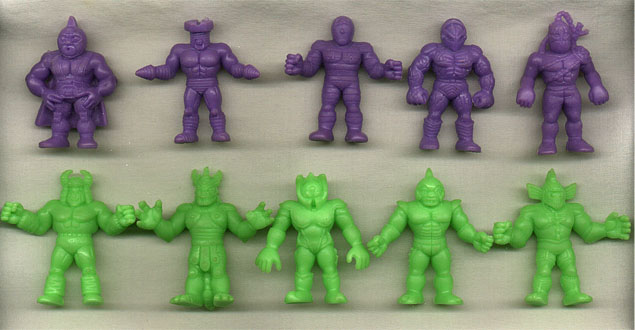 The game was made for two players. Below are the instructions on the inside of the box lid..