KINNIKUMAN the precursor to M.U.S.C.L.E. 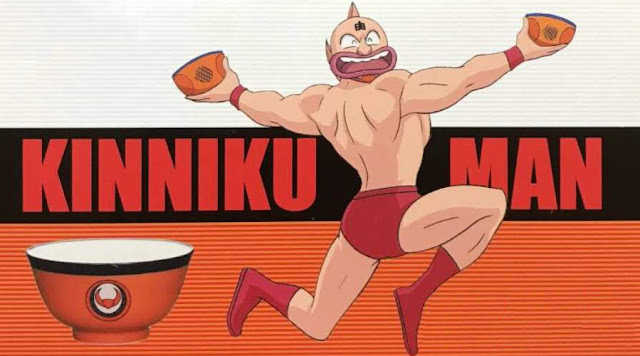 M.U.S.C.L.E. originated from the Japanese comic and toy line Kinnikuman. The name actually translates to 'Muscle Man' in English. The backstory is that of a race of Super Men, and the premise of the comics had to do with good vs. evil, and lots of wrestling. It was originally created as a spoof of Ultra Man. It involved lots of comedy and later on in the series, some downright brutal wrestling.
The comics focus on Chojin wrestlers (Chojin translated means Supermen). The main character is Kinnikuman, whose real name is 'Suguru Kinniku'. He is a bumbling fool who discovers that he is a missing prince to the Planet Kinniku, and enters wrestling tournaments to prove his worthiness to the throne. 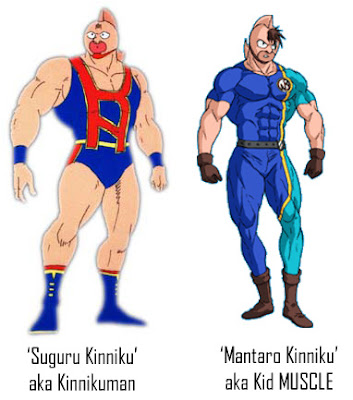 Years later in the early 2000s, a new Kinnikuman storyline began called 'Kinnikuman - The Second Generation' or.. (Kinnikuman Nisei) in Japanese. The new series actually made it to America, airing on Fox Kids and was called 'Ultimate MUSCLE - The Kinnikuman Legacy'. That series focused on King MUSCLE's spoiled son 'Kid MUSCLE' who reluctantly joins a school for super heroes, and starts training with a whole new generation of Chojin. 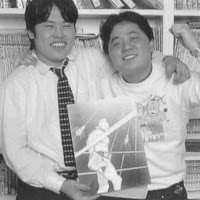 Yudetamago is the company that gave Kinnikuman life. The founders of the company and creators of Kinnikuman, are lifelong friends, artist Yoshinori Nakai and writer Takashi Shimada. Kinnikuman started out as a Manga and then became an anime series.
There was a multitude of characters in the manga and anime series, most of which had their likeness transformed into toys and numerous other types of merchandising. The toy line, comic and cartoons were a BIG hit in Japan. So big in fact, that in the mid eighties during the professional wrestling craze that was sweeping the world, Mattel saw massive potential for the toy line in the states. From that, the concept of M.U.S.C.L.E. was born.
Old Kinnikuman Comic translated 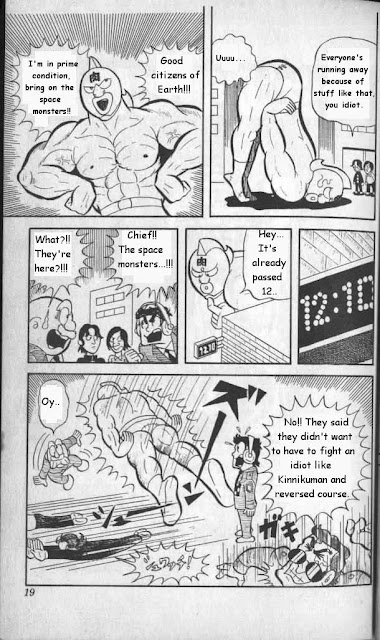 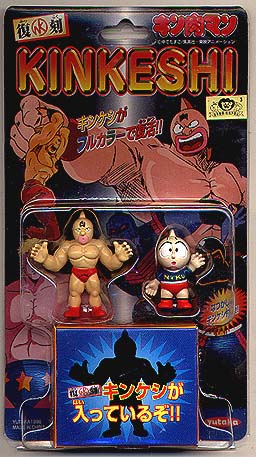 90s Kinnikuman Keshi
Kinnikuman + Keshi = 'Kinkeshi'
Mattel worked with Bandai and proceeded to Americanize the product. The end result was our beloved toy line known as 'M.U.S.C.L.E.'. The creatures hit the shelves in 1985, and while the story behind the toy line was very different from that of Kinnikuman, the base set of action figures very closely resembled their Japanese ancestors.
Old Kinnikuman Manga 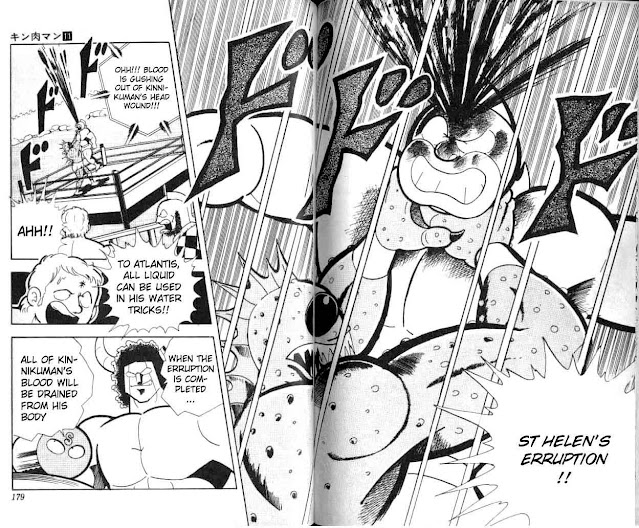 New stories and toys are still being produced to this day in Japan, and both continue to remain insanely popular. I someday hope to visit Japan with an empty suitcase in tow, so I can bring a stockpile of Kinnikuman merch back to the states with me.