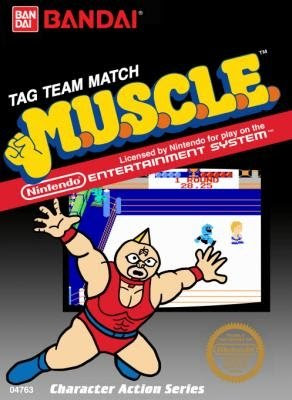 I never had this game as a kid, but I now play it once and awhile just for kicks. I did however rent the video game from the local video store when it came out, and remember having incredibly high hopes for it.

Sadly.. the game did not live up to expectations. The graphics were kind of lousy even by 8-Bit standards, and the characters looked like a bunch of those kids from South Park. The game was amusing at first, but it failed to hold my attention for even an hour. The levels get more challenging the further you get in the game, especially when the ropes become electrified.

I do however still own a copy of the game, along with the instruction booklet for old times sake. I even pop it into the console occasionally, and play it (usually for about ten minutes or so).